Not a pessimist, but…

Too many times I’ve been in a lorry, crossing a EU/non-EU border. Morocco, Tunesia, Switserland. 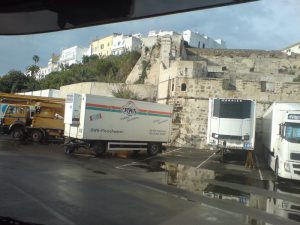 The amount of paper work needed, and the amount of time it takes to cross the border is unbelievable. And this is the ‘normal’ daily situation for these borders.

Park up (where?). Go to a Portakabin (where is it?), show paperwork to a border person.
Border person gets out brand new book with instructions and import duties.

Border person then reads instructions: tick box, put stamp on last page, sign all pages.
Driver gets back to lorry, gets on the ferry and gets his first beer. About half an hour later than usual.

In the mean time a small queue is forming. By the time the ferry is supposed to leave half the trucks are still outside the port.

This is just Holland, so no going through the scanner or getting a CO2-check. Can you imagine how Calais will look, the first day after Brexit?

Yes, in three months time it will all be business as usual, but not on the first few days.

So after a while the UK might just run out of Dutch tomatoes. The one’s already in the UK in cold storage are eaten, and the one’s just coming out off Holland are… still waiting to get on the ferry.

It might all go smooth, and there won’t be any empty shelves, but: A clever girl is prepared for the future (old Dutch slogan).

Time to collect some healthy recipes with seasonal, regional ingredients we can buy at one of the many farm shops around here. Back to my youth, when seasonal products were the only things you could buy.
Time to try to estimate how much flour, milk, oats, coffee or pulses we actually use per week.

Benefits of this whole exercise?
– Planning for shopping while we’re cruising will be a lot better/easier.
– We get a whole lot of new, tasty and healthy recipes.
– With all the local, seasonal products our carbon footprint will be much lower.

So there is something good about the threat of a No-Deal Brexit. 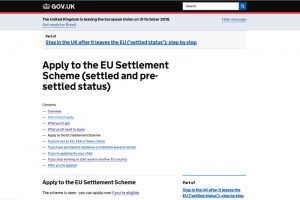 Am I allowed to stay?

The only thing I have to do next is getting my permit to stay in the UK after Brexit. Otherwise we’ll be cruising continental canals next summer! 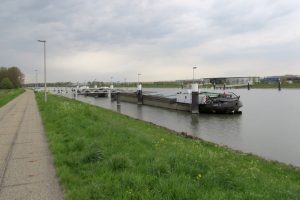