Going for a pump-out

Remember Tuinkabouter, the little garden gnome that was a bit nervous about Harecastle Tunnel (Lock Stripping)? Last week, when we had the gale force winds, he decided to go for a cruise. I didn’t think that was a good idea, but you know what garden gnomes are like. Before I could talk him out of it, he was gone. Expecting him never to come back, I felt a bit sad; he’d been with us for ages.

This morning, while having a cigarette in the conservatory, I see something red, floating in the middle of the marina. Things floating in the marina tend to look like ducks or coots. Or water hens. But usually they don’t have red, pointed hats. So I decide to go for a walk to the other side of the pond. 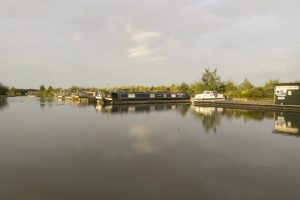 Going for a pump-out

And guess? It’s Tuinkabouter, heading for the shed to have a pump-out! He’s definitely on tick-over, it takes him quite a while to get near (where’s the wind when you need it?). 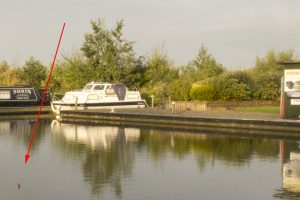 After he went overboard I was hoping he would float, but we didn’t see him in the waves. And if he would sink, the magnet would not be of any help either.

But he’s back. Welcome home, Tuinkabouter!