Everyone gets to be young once

That was on one of my birthday cards. From people here in the marina, who call themselves our friends. It kind of tells you what life is for me, in the marina. But saying that, at least they gave me a birthday card. Because I’m not on Facebook, most people don’t even know or remember my birthday, so I hardly get any cards. Time to introduce a real Dutch thing: a birthday calendar? 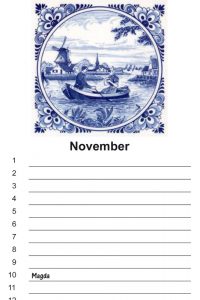 My birthday feels like a long time ago. It was a nice day, with a nice cruise to the New Scarisbrick Arms with selected people. All who were invited and have a boat managed to get there by boat. Of course it would never have been a problem for the motorhome dwellers to negotiate the weather. But the weather was fine. 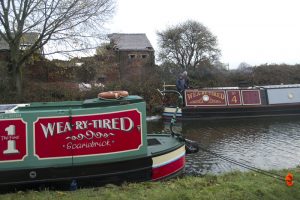 What’s in a name

As a birthday treat Ann took me on a mystery tour to Manchester by train. We visited the Christmas Market, had look at the canal moorings in the city centre and ended up seeing Kinky Boots, the musical, in the Manchester Opera House. 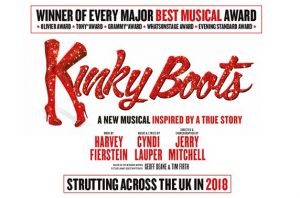 Although the weather was fine during the breakfast cruise with the Boaters Club in October, we did have some horrible weather, lately. One night our life belt got blown off the boat. It’s attached to the boat with a (crocheted) rope. So it didn’t completely disappear. It has just enough rope to get to… right next to where my pillow is. But the weather was so bad I rather endured the bang – bang than getting dressed and go outside to put it back in place. 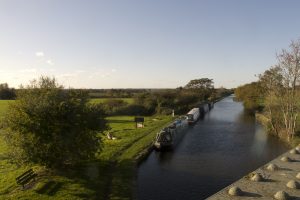 The weather was not so fine on the Christmas Dinner cruise. We just went by minibus. There was about a five minutes window with less wind on the Saturday. One boat went out, hit the exit and damaged the cratch window. Minibus was the right decision. 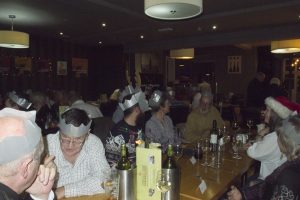 We have all our Christmas lights on now. Our old, white lights stopped working, so Lawrance bought these wonderful red and green lights. Exactly matching the colours of WRT. But before I even had a chance to take a picture of WRT and her new lights another storm hit and half the green lights were gone. And since it was very close to Christmas (well, for UK people) the only new ones Lawrance could buy were PINK! But I must admit: it still looks festive. 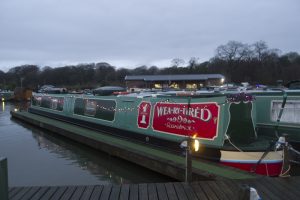 And Santa is on the gas locker, as every year. Properly tied to the boat (and the power cable taken out when hurricane winds are forecast). 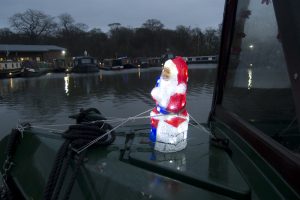 He’s not supposed to go for a swim

OK, but is that all that happened between today and the post in October? No, of course not. But everything else is mostly the usual. Yoga, golf, gym, out for supper once a week, cook meals, make bread, plan menus and do shopping, look after the fire, keep the boat tidy, read, do sudoku’s, do crochet.

I decided to try to sell cabin lace, via Ruth of Chamberlain Carrying Company. She makes and sells canal art, and now she can sell cabin lace as well, if someone asks for it. But she needs examples for what can be crocheted, which involved finding patterns, ordering the right kind of very thin yarn on the internet, and make heaps of samples.

And I had the silly idea to cook supper for Ann and Mick every other week, cooking something I had never made before. Which involves long hours on the (currently) not so fast internet to find out what to cook, and how to cook it. But I must admit, I made two very delicious three course meals…!

And another of my silly ideas: going ice skating. There is an ice rink in Southport, during the festive period. It’s very small for long distance skaters like me; one can only go around in (small) circles. And the so called speed skates I’m on have absolutely no resemblance with what we call speed skates. But the rink being small means that there is a fence to hold onto while going round. Or to use to get up again, when things go wrong. Considering the fact that it was between 25 and 45 years ago the three of us were last ice skating we did pretty well. Only Lawrance managed to come in close contact with the ice three times. 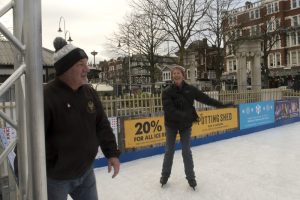 It looks like I only had silly ideas. Another one: showing Lawrance, Ann and Mick how to play Mahjong. I used to play that while living on the campus of the university in Enschede. Which is ages ago. So before we even could start playing I was on the internet, trying to remember the rules, and the scoring. 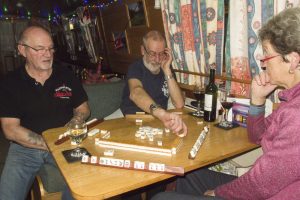 And my last (but not least) silly idea? Since I live in the UK I’ve always wanted to knit a Dutch jumper, but I never saw a pattern for it. Annemarie of Dubbel Dutch found and sent me one. Out came the computer, to search for cotton yarn in the right colours. That ordered, and the knitting needles dug out of the cellar of the boat, that’s me knitting again. For the first time in 25 years. I didn’t remember how to knit purl (averechts), or how to start, but at the moment I’m up to where the sleeves will be.
It’s getting very close to Christmas and a new year, now. I’m ready for it. Next year’s calendar is made. 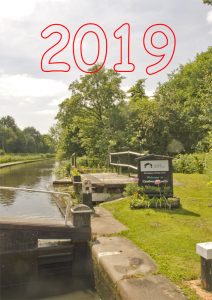 Christmas cards are written and sent. Menus are planned, presents are bought, and shopping is done.

What remains is wishing all of you a very Merry Christmas and a healthy, prosperous New Year. 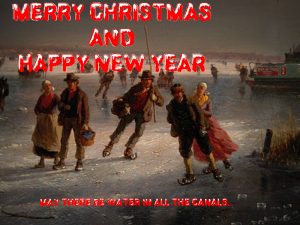 One thought on “Everyone gets to be young once”