In general I’m quite happy, living in the UK. I’m now used to driving on the wrong side of the road, sitting at the wrong side of the car. I found a replacement for Andijvie (Cichorum endivia) to make Andijviestamppot, a Dutch dish I absolutely love. And everybody I met so far, is extremely friendly. Just to name a couple of things… 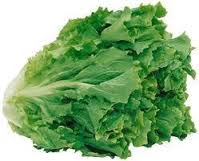 I found a replacement for Cichorum endivia

But there is one thing that puzzles me more and more. I know the UK is on the same planet as Holland. And, being in Scarisbrick at the moment, we are at (roughly) the same geographic coordinates (53.59N – 2.92W) as Doorwerth (51.98N – 5.79E). That’s less than 2.5% further west and less than 1% further north. OK, I crossed the Prime Meridian, but only just.

Usually I get up sometime between 6 and 7 a.m. I have breakfast, a mug of coffee, and a smoke. Then it’s time to start the first of the things I planned for the day. But to my surprise, in no time it’s time to start supper. And yes, I know it is the Dark Days before Christmas, but somehow they seem to be darker here than in Doorwerth.

I decide to go on the internet, and to my amazement I find out that my feeling is right. There actually IS less time in a day in Scarisbrick than in Doorwerth.

I knew it. There was bound to be something crawling out of the woodwork…!