It’s a dark, rainy day (the shape of things to come) when we visit the National Memorial Arboretum. The Arboretum is an evolving, maturing woodland landscape featuring 30,000 trees and a vast collection of memorials. The 150-acre site is a living, growing tribute to those who have served and continue to serve the UK, and allied countries.
Of course Lawrance visits the memorial for his regiment. There is only one memorial that has some relevance for me: The Parachute Regiment and Airborne Forces National Memorial. The battlefield of Oosterbeek and Operation Market Garden are just a few miles from my former house in Holland. 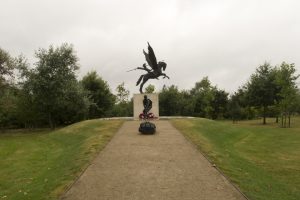 At Fradley Junction it is still overcast, and the weather forces me to get my waterproof jacket out. 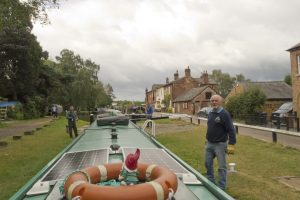 Fradley Junction before the rain 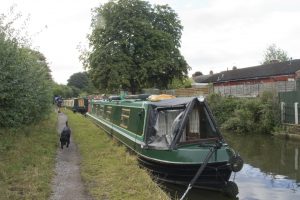 Weston-on-Trent at 7 o’clock in the morning gives us a feeling of what to expect in Stone. 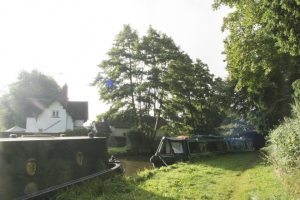 The weather is just too nice to go any further than Stone. We manage to get a mooring just after the lock. The lock that is just between a pub (The Star) and a restaurant. 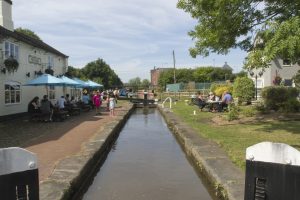 Moored, not written, in Stone

We end up drinking till very late, with Sheila, Dave and  Michael, boaters we met while going through the three locks.
We’re impressed with the weather. Clear blue skies and a hot day would have been out of order when visiting the Memorial Arboretum, and a dark, rainy day would have been a waste, moored up at Stone. (Rain would have been healthier, though…)