We leave Birmingham via the Farmers Bridge Locks.
It’s a horrible part of the cut. Lots of debris in the canal, old ruined building alongside (and over) the canal, everything covered in graffiti. 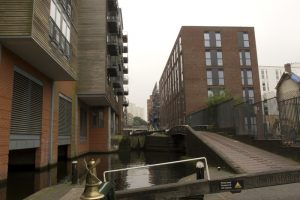 One of the next set of locks, lock 4 of the Aston Locks, is closed as off today, so we have to re-route via the Digbeth Branch. And the Ashted Tunnel. Which is so small that I take a lot of paint off the hand rails. I manage to keep the navigation lights on, though.

Was the Birmingham end of the journey horrible, the Fazely end is quite pretty. 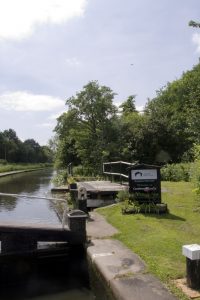 When we stop in Polesworth (to visit the brilliant second hand book shop, see Something old, something new) a hire boater approaches me. He wants to buy cookies. Unfortunately for him (and for me) he thought they were real, so the cookie situation stays as it is.

In Atherstone we meet up (again) with Carol and Roy (see Ships that pass in the night). On the ‘menu’: golf, bread, shopping, and a barbecue. 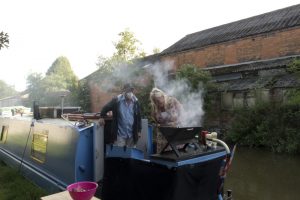 Hazardous life on a narrowboat 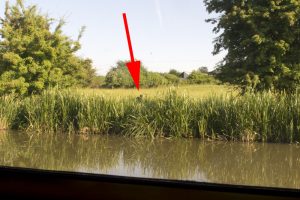 Is this an announcement of a boat we will meet later?
The boat is named Fox, and on it is an Anglo-Dutch couple, hence the sign writing (done absolute perfect by Jeannette herself). 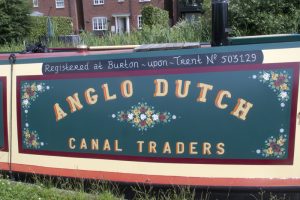 And the castles have a Dutch and an English flag

This time we make it all the way to the end of the Ashby Canal. 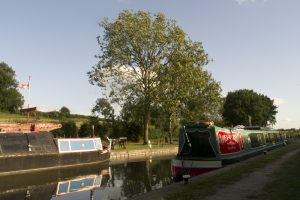 And while I send Lawrance to do some shopping, I manage to jump on a steam train, and visit a battlefield that is sign-posted wrong. Better research proved that the battle of Bosworth in 1485 took place a bit more to the west. But the steam train was on the right track… 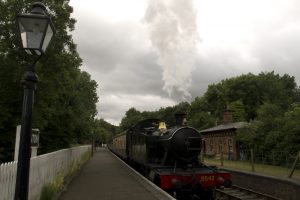 As last year, the Ashby Canal is different from other canals. Usually a canal has water with some ‘clouds’ of silt. The Ashby has silt, with some clouds of water. Progress is very slow, and even comes to a complete standstill: we run out of fuel.
We didn’t want to pay £1 per litre at Black Prince just above the Tardebigge Flight, so only got 50 litres at Anglo-Welsh (for £0.90 per litre). With the intention to fuel up at Ashby Boats on the Ashby Canal. On the way back, of course, otherwise we would be too heavy, and thus too deep. But a shallow canal takes a lot of fuel, so 20 minutes away from Ashby Boats WRT suddenly stops, in the middle of the canal… Luckily it is in walking distance for Ashby Boats! 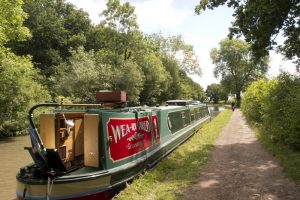 On our 57th cruising day we arrive at Coventry Basin. 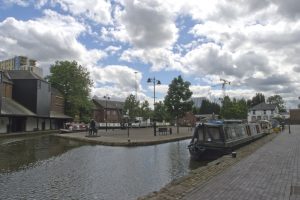 We visit the Transport Museum, the old and new cathedral, and I manage to get a privat tour through the remains of the Priory Cathedral. 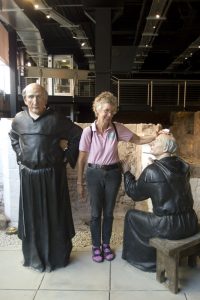 We have a couple of drinks and a good meal in the Town Hall Tavern, not knowing (yet) that sometime today (or tonight) our water hose will get stolen.

*Sent to Coventry – deliberately ignore someone, by not talking to them, avoiding their company, and acting as if they no longer exist. Victims are treated as though they are completely invisible and inaudible.