This picture explains it all. 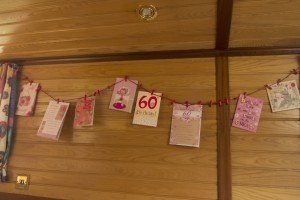 Someone must have turned 60. And with Lawrance retired and WRT only a teenager, there is just one left to be the victim of all this: ME. And I must admit: it was the first milestone that I really feared. It felt like a point of no return…

On the Tuesday I got cards, a miniature VW camper-van with clock, two Pandora charms and a huge badge (∅ 15 cm), that I had to wear all day. Which I did, except for the time when I went with Brian and Mike to Santander Bank, to get the bank account for the boaters club. 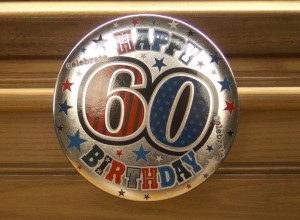 The actual party was on the Saturday night. The plans were to cruise to the New Scarisbrick Arms for a birthday dinner, with Eddie and Carol, Lawrance’s brother and sister-in-law, who would spend the night on WRT as well. But Abigail and Kate spoiled that completely. The weather forecast was so bad that not only we went by taxi, but all the other guests also left their boats in the marina.

Once again the staff of the restaurant went to the extremes. 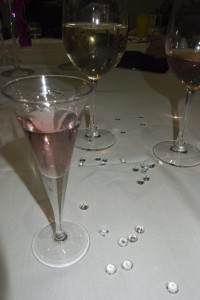 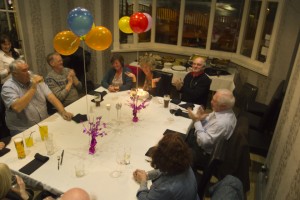 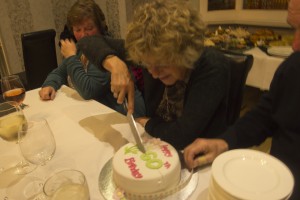 There was a buffet, and more presents, a kit to crochet the Beatles being the most silly. 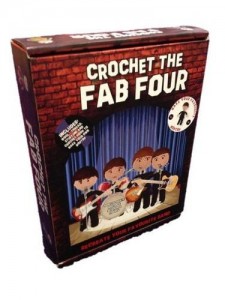 It was a good night. The apprentice pulled the pints, and all the guest assembled for the obligatory Group Picture with Head Chef. 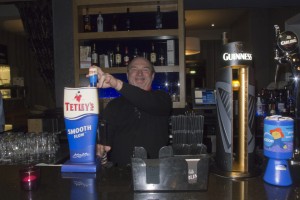 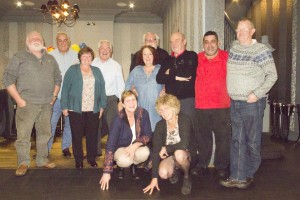 Back on the boat we ended the party (for unknown reasons) with me playing the melodeon, and the other three singing.