I have my day off

And all my undies on!

I consider the grey as my thermal undies. To keep me warm, but not visible to any passers-by. And since they are not pleasant to look at anyway, I really felt ashamed, all the time people could see me in them. 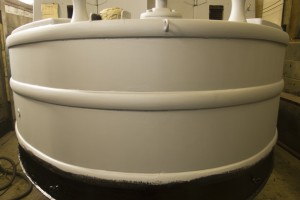 But they are covered. Finally. I thought they would never stop putting more layers on. I ended up with 104 micron on my bad side and 97 micron on my good side. That will certainly keep me OK and warm until my next make-over. Although I’m not sure how badly the extra 7 micron on starboard side will affect the tilt I already have (caused by all the books Magda has…).

My bum is covered now as well. Nice black velvet, to keep me warm and to protect my delicate bottom parts. 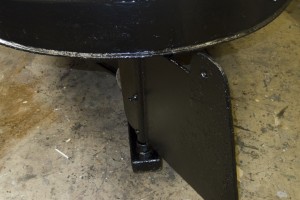 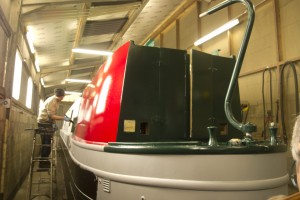 On the day I got my first coloured layer, Andy and Christine came to see me.
Saying that, I have the feeling that they just used me as an excuse to go out on their trike. But anyway, it was good to see them again. And we talked about that time, now seventeen years ago, when I got my first set of clothes… 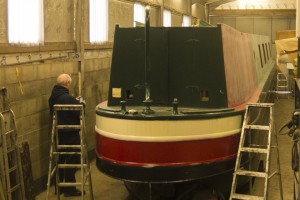 One day later my first layer of proper undies was taken back to a very thin layer, before I got my second layer. And the same happened a day later. Only after they had put on the third layer I managed to convince them that I really do like the colours…! 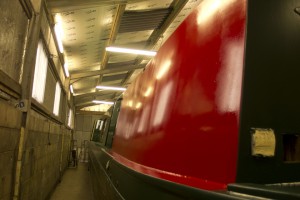 But now I can show you my final layer of underwear. Looks shiny, doesn’t it? Well, apparently this is nothing compared to the gloss I will get next week. I can hardly wait…!

Oh, and what did Lawrance and Magda do, in the mean time? They went on a safari in Cheshire. Watching all the wild animals, roaming around the caravan, like pheasants and sheep. And had a delicious supper in The Thatch, an inn, build in 1450 AD. No, don’t worry, the food was not harvested in that same year. 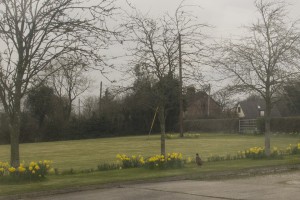 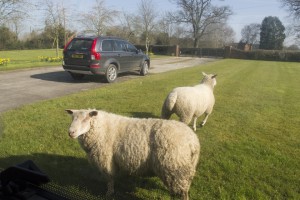