Dover, but where are the White Cliffs?

Today we’re going on the ‘ring road’ around Manchester. Lawrance is skipper, I’m cabin crew and lockie. Not that there are any locks in this part of the Bridgewater Canal… 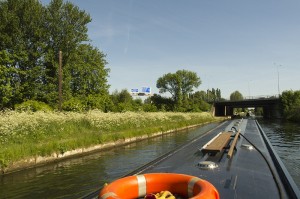 But there are motorways, in this case the M60. And then, after we turn left at Waters Meeting, something special: the Barton Swing Aqueduct. At first it looks like a gate, a very small gate, though. Certainly too small for two boats to pass (we think). 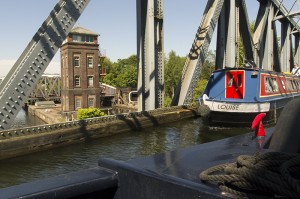 But once we’re on the aqueduct we get oncoming traffic. The aqueduct turns out to be just wide enough for two boats. Only just. And I’m glad that Lawrance is today’s skipper…! 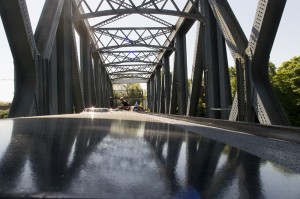 It is definitely weird to be on a boat, on a canal (Bridgewater Canal), going over a canal (Manchester Ship Canal).

Still with Lawrance at the tiller we approach Worsley. A nice little village with a very tight 90° bend in the canal. I don’t know what Lawrance is thinking when taking the bend (driving a truck, probably?) but he doesn’t quite make it perfectly… 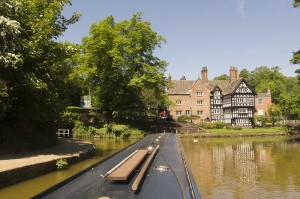 Very tight 90° bend in the canal

We stop at Bridgewater Marina, for lunch and to talk to boat builders and boat owners. 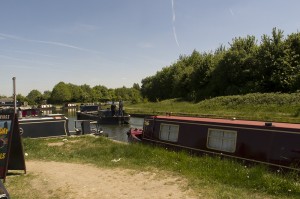 At Leigh (bridge 11) the name of the canal changes into the Leeds & Liverpool Canal. Bridges have numbers again. And after a couple of miles we are in for our next, new experience: Plank Lane Lift Bridge. According to our guidebook this bridge is operated by a bridge keeper, and we have to phone a number to get the times. When Lawrance phones he finds out that the bridge keeper is no longer there, that we have to operate the bridge ourselves, and that we can pass whenever we want, except for the rush hour (08:00–09:30 and 16:30–18:00). 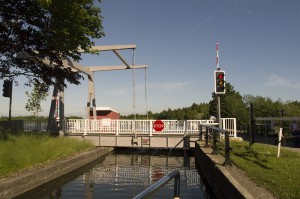 At the bridge we first park up, to assess the situation. Lawrance walks to the other side of the road and speaks to one of the boaters. This man tells him that everything is explained on a computer screen, but that one definitely needs reading glasses. We’re not sure how to handle this. I don’t feel comfortable enough to handle the boat while waiting for Lawrance to open the bridge. But I also fear that there might be something on the screen I don’t understand (English only being my third language). In the end Lawrance does the boat and I do the bridge.

After that it’s a piece of cake. Press the button again, and the bridge opens. Lawrance gets the green light.
Once he is at the other side, everything repeats itself in the opposite order, by pressing the button on the right.
It’s only a bit difficult to get on board again. With all the traffic starting again it takes some time before I am able to cross the road.

While looking in our guide we couldn’t find a winding hole in Wigan, so we decide to use the one at bridge 4 near Dover. It’s a 60′-er so we should not have a real problem. But there are people moored, and we get nasty looks from a guy we almost reverse into.
Then we moor at the other side of the bridge, and go to the Dover Lock Inn, for a drink and (again) an excellent meal. Life can’t hardly get any better… 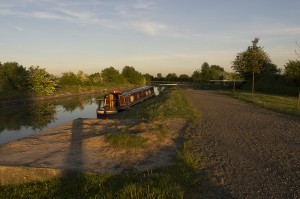