All I want for Xmas…

Is a box of energy and a bottle of hours.

For some people the time in the marina is leisure time
Or, better maybe, absolutely boring. Nothing else to do than hours of computer games, Facebook and catnaps. Oh, and the odd game of golf, of course.

Others, however, could do with a bit more hours, and a bit more energy. There is so much to do; yes, mostly nice things (except for the normal household chores, but I have to do them anyway, either being in the marina or when cruising).

So what happened since the last post on this blog, since the 21st of November?
A lot, and some of the things I did for the first time.

Me and Ann went to London by coach to see Tina The Musical, and we had lunch at one of the famous chefs’ restaurant, Ottolenghi’s Nopi. 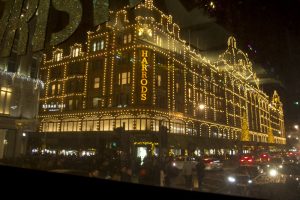 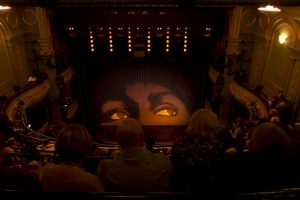 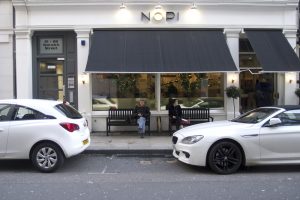 In front of Nopi, after lunch

Me and Lawrance did part of the Leeds&Liverpool Canal IN A DRAGON BOAT in the dark.
Which was hard work, and very scary because all the skeletons, dead bodies, zombies and spiderwebs we encountered.

I was a secret Santa, and made Christmas in a Jar, for friends with a fire on their boat.
It’s a jar full of herbs and spices, that, once put in a pan full of water, and heated on the fire, make the boat really smell like Christmas. 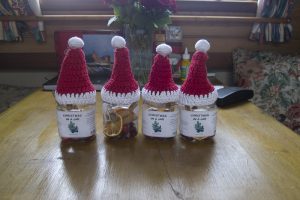 Christmas in a Jar

I made my first (and second, and third, and fourth and fifth) felted soap. 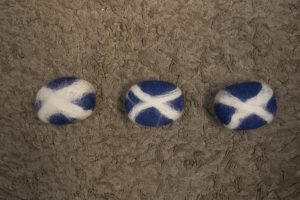 I served cherimoya (Annona cherimola, or custard apple), for the first time in my life, at our second Christmas Meal, this time with Ann and Mick on WRT.

I went to the Tearoom to take part in the annual carol singing Lancashire Sings Christmas. No, I didn’t sing. How could I? Of all the carols 90% I never heard before, and if I knew them, I only remembered the German words…!

We had our first boaters Christmas Meal in the marina Tearoom (which was our third Xmas meal of the season). 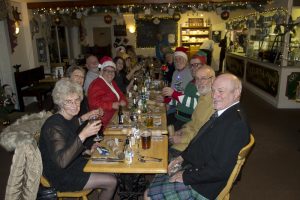 Third Christmas Meal of the Season

Me and Ann went to our first non-Scottish Panto, in Southport. We saw Dick Whittington. I found it more difficult to understand the actors than in Perth. And next year we definitely need to hire kids. In Southport a panto is mainly for kids. Hence perhaps hardly any innuendoes…

All the above took place within a week. We went to London om the 14th, and the Panto was on the 22nd of December. Can you imagine it feels like I’ve been busy?

Oh, and of course there was a first Christmas Meal. Also in the Tearoom, but open to landlubbers as well. 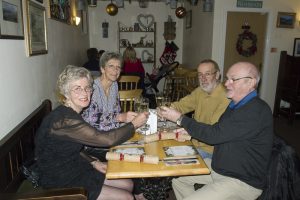 After that it was time to prepare our annual Open House (or, better, Open Boat) on Boxing Day. So while others spent their time on the golf course I prepared hundreds of snacks (thanks Ann, for preparing Christmas Day’s meal, our fourth Christmas Meal of the season). 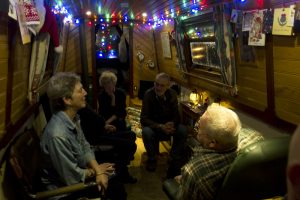 The Open Boat was a huge success. Half the attendants couldn’t remember how and when they got back to their boat, most of the guests were still not up-and-running, at lunchtime the next day.
And when we took the empty bottles to the recycling station I counted about 14 empty red wine bottles. Easy calculation: there were 11 people in total. One didn’t drink, two drank beer, and two drank white wine.
So 6 (SIX) people drank 14 (FOURTEEN) bottles of red wine. 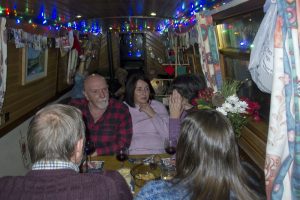 I think, with having 11 people on the boat, our insurance wasn’t valid. Are we not insured for only 10 people?
I also found out that we can seat 12 people as a maximum, so next year there will be a list…

But now we’re almost there. Only New Year Eve to organise. That will be in WRT again, because WRT is the only boat that can seat 6 people for a night of (card) games.
So tomorrow it will be me in the kitchen again (and Lawrance on the golf course…).

The plans are to try and make something typical Dutch: Oliebollen (or, in English: Dutch doughnuts). I say try, because I don’t have a deep fryer, and even if I had one, I would only use it somewhere on the jetty. Otherwise the boat will smell of frying oil till next Christmas. 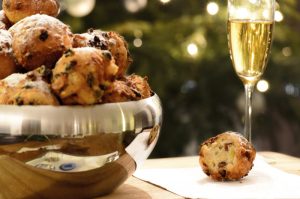 Oliebollen, as they should look…

I will let you know how mine turned out.

So the only thing I have to do now, is wish all of you a Happy and Healthy 2020, with lots of water under the boat, lots of interesting people to meet, and everything else you wish that I don’t know of.

Yes, the New Year’s Card looks a bit empty. I took the ‘Merry Christmas’ off. Since Christmas 2019 is already ages ago…