It should have been The Merchant of Venice (because that’s what I read for English Literature in Grammar School), but you can’t win them all. So A Midsummer Night’s Dream it is. An expensive dream (£65 per person), set unfortunately not in Tudor time but in the thirties. Performed at the famous Royal Shakespeare Theatre in Stratford-upon-Avon. 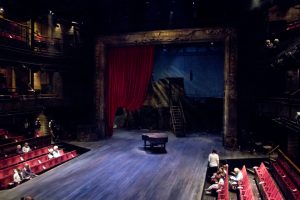 Before it all happens 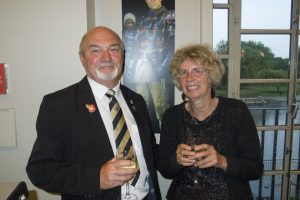 We’re moored right in the middle of everything: Bancroft Basin. The Bard is sitting in front of us. Stage two of Aviva’s Women’s Tour 2016 passes, just after we moored up, at the other side of the park. 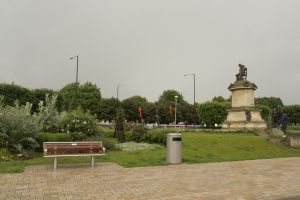 And the Royal Shakespeare Theatre is on the other side of the basin. 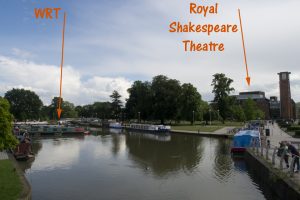 The centre of everything

We must be in about 20,000 pictures, taken by as many Japanese tourists.

Other than that, Stratford is uneventful. It doesn’t have a yarn shop. But it does have a laundrette. 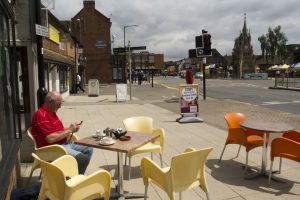 We realize that we’re not used to cities anymore, and decide not to overstay in Stratford-upon-Avon.